We are proud to announce that Dapp.com officially added ICON blockchain as

the 12th blockchain that we support.

Dapp.com is the first dapp analytics platform to partner with ICON blockchain, approved by the ICON community.

The partnership was highly recognized by the ICON community as it is expected to take ICON dapps to the next level with mass visits and attract more builders by providing transparency to the ecosystem.

ICON is known as the dominating blockchain in South Korea - the DPoC (Delegated Proof of Contribution) blockchain has made extraordinary progress in both the enterprise sector and developer community. What’s more excited about ICON dapps is that they are all serving the daily needs of millions of users. Dapp.com will walk you through what’s the iconic use cases of the ICON blockchain that are under the radar.

MyID is the flagship use case of loopchain, ICON’s core engine with an alliance of over 50 companies and organizations including Samsung Electronics and Shinhan Bank committed to support and apply a digital ID ecosystem.

MyID is recognized as Korea’s only ID verification platform that can be applied to the broader financial sector based on the recent sandbox regulatory approval. ICONLOOP, the company behind MyID, has raised KRW 10 billion (over USD 8 million) in Series A funding to speed up the adoption of the DID service.

2. First Blockchain Use Case by the Government

ICON’s track record: First Blockchain use case by the Government.

In Q1 2019, The Seoul Metropolitan Government has issued mobile letters of appointment to its Blockchain Governance Team using ICON blockchain.

According to Dapp.com’s dapp tracking, ICONbet, the leading iGaming DAO platform built on the ICON blockchain, has ranked No.1 in terms of 30 days transactions among hundreds of blockchain-based iGaming platforms. ICONbet has processed a total amount of over 3.27 million transactions (No.1) and over $7.39 Million (22.29 million ICX, No.9) in 30 days on March 16th, 2020.

The blockchain-based app facilitates visitor management with an easy to use interface, utilizing MyID. Users are able to connect various services such as KakaoTalk, Slack, Google Calendar, etc. with VisitMe. ICONLoop, the team behind VisitMe, has created great accessibility with a blockchain agnostic experience for mass adoption.

Blockchain-based certificate issuance service, utilizing DID. Broof is already used by South Korea’s Pohang University of Science and Technology (POSTECH), which is considered Caltech of Korea, to issue blockchain-stored diplomas to its new graduates recently as the actual graduation was canceled due to CoronaVirus. Broof will also be used by Saramin, Korea’s #1 HR recruiting company to verify and authenticate work and education certificates.

STAYGE is a reward-based application for the Kpop community. These are the two social dapps that focus on the booming Kpop industry.  Both ranked the top 15 in terms of daily active users among all the social blockchain-based apps.

ICON Vote started as a tool for ICON’s P-reps (ICON’s block producers) to engage with their community. ICX holders are able to propose ideas and also get directly involved in the governance of the ICON blockchain via ICON Vote, enabling each P-rep community to run as a DAO ICON Vote also plans to serve ICON dapps as well as non-blockchain communities that need governance support.

Currently, there are 7 ICON dapps already launched on the main net. You can see all of their status and usage on ICON Dapp Column.

Dapp.com
Discover & enjoy decentralized tech with us.
Like
Like this Article
Currently there are no comments for this article. Would you like to be the first to write one?
Tags
Blockchain
Related Products 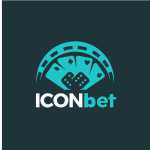 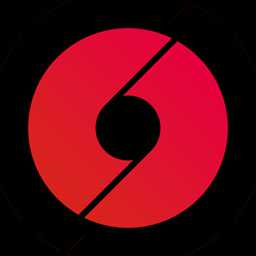